If you’re also having a full size cake with your cupcakes, you can get the free printable matching llama cake toppers here.

Setting up a coloring station at your llama party can be a fun activity for kids.  Grab my free printable llama coloring pages

so you can have coloring sheets that go with your party theme.

I’ll also be sharing a few cute llama party ideas along the way too.  I found some really adorable llama party things that I’m excited to share with you.

This cute llama is ready to party!  These llama cupcake toppers say “Party Animal” at the top surrounded by a light blue background with a fun llama wearing sunglasses and a party hat.

These free printable llama cupcake toppers could also be used for any llama themed party or Mexican themed party to make your own cupcake picks.

These invitations go great with my printable llama cupcake toppers.

A cute llama with colorful accents and “Happy Birthday” at the top of the cupcake topper with a pink circle background and pink lettering.  Your little lady is sure to be thrilled with her llama cupcake decorations. 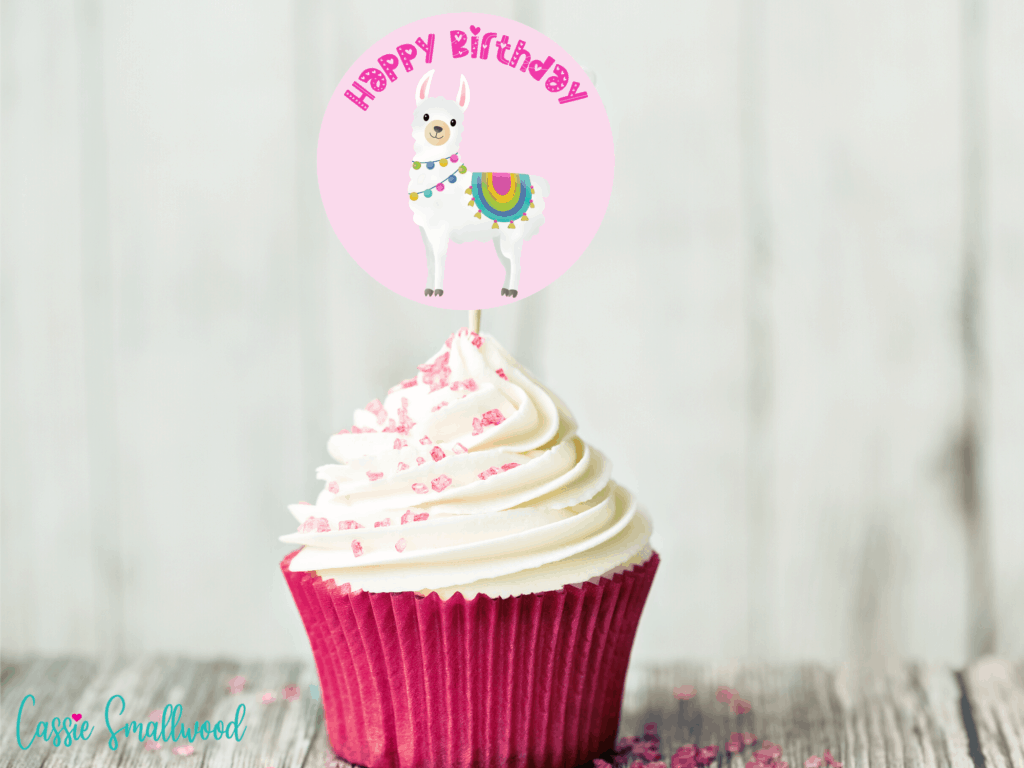 Aren’t these llama party napkins I found on Amazon so cute?!  These would be awesome for a girl’s llama birthday party.  I love that they’re the actual llama head instead of just a picture of a llama.

Your boy’s llama birthday party isn’t complete without llama cupcakes.  This is an adorable llama surrounded by a light blue circle background with “Happy Birthday” in turquoise lettering. 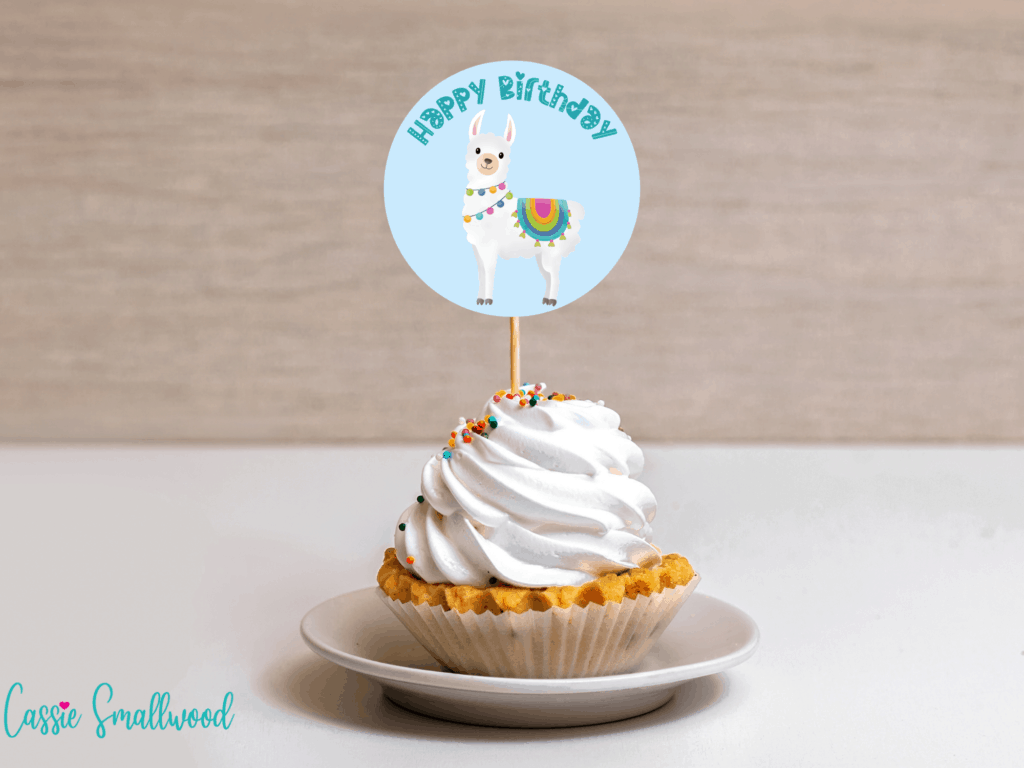 I love this llama banner that can be used for any occasion and for boys or girls.

These adorable baby llama cupcake toppers are going to make a cute dessert table for your llama baby shower.  Pastel pink and a baby llama with “It’s A Girl!” at the top. 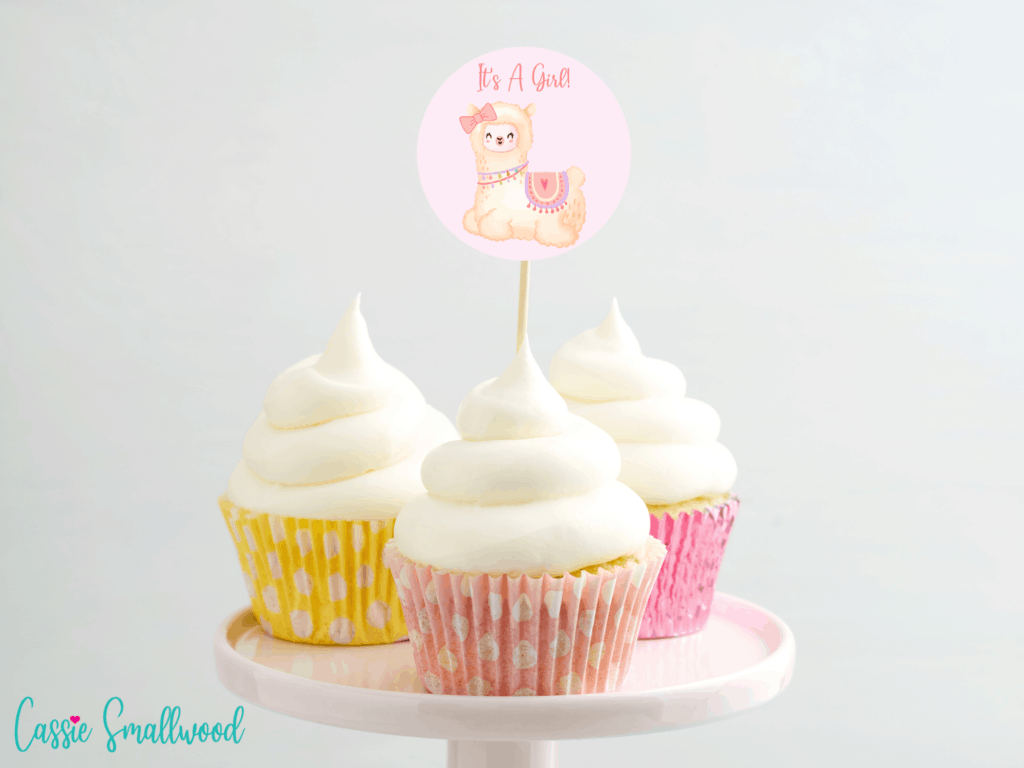 This llama baby shower photo booth backdrop is super cute with the mama and baby llamas.  You could take some adorable pictures with this. 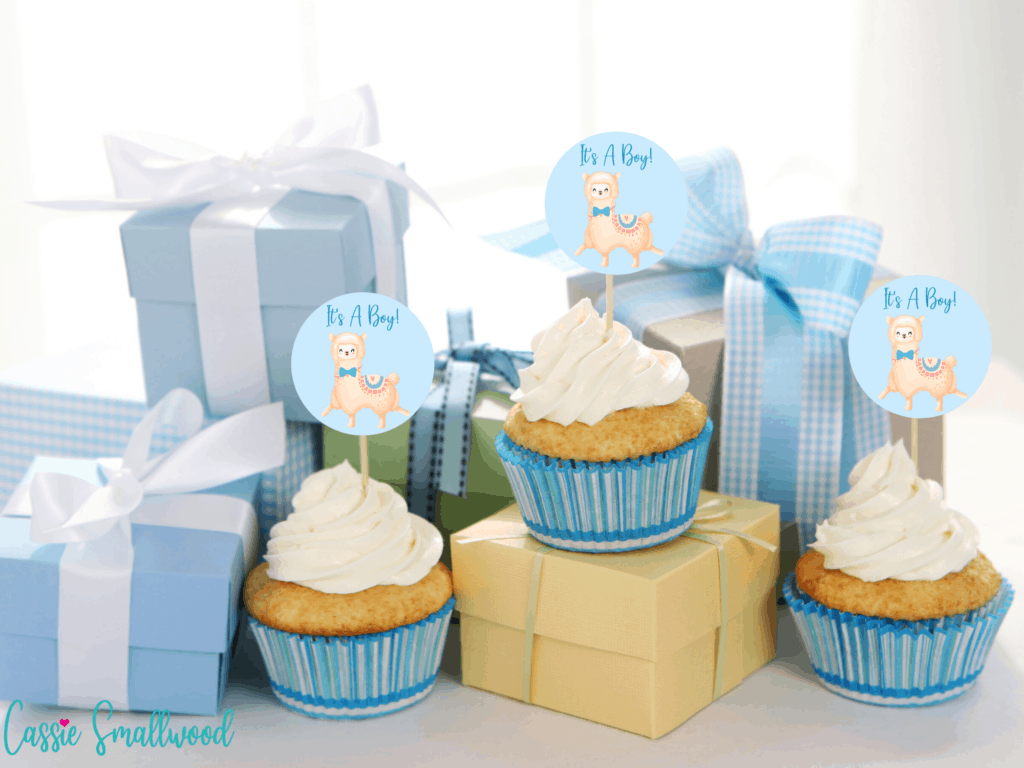 If you’re planning for a photo booth, these llama photo booth props are so fun.  Photo booths are my favorite part of going to parties.

These boho llama cupcake toppers can be used for any occasion.  A feminine design that’s perfect for girl llama theme baby showers or a girl’s llama birthday party. 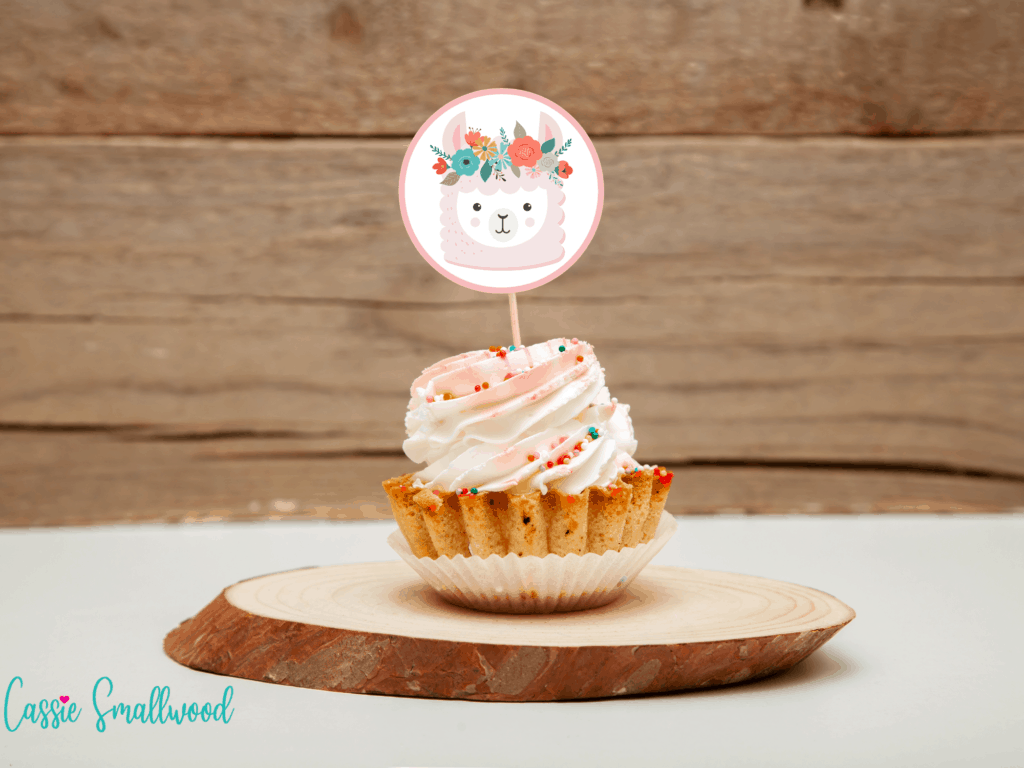 How To Make The Printable Llama Cupcake Toppers

I always loved to play tic tac toe as a kid.  So I thought it would be fun to make some free printable Valentine tic tac toe games for kids to play for Valentine's Day. These are all...

This site is owned and operated by Cassie Smallwood. CassieSmallwood.com is a participant in the Amazon Services LLC Associates Program, an affiliate advertising program designed to provide a means for sites to earn advertising fees by advertising and linking to Amazon.com. This site also participates in other affiliate programs and is compensated for referring traffic and business to these companies